Free UK Shipping for Orders over £30

It's time for Magic: The Gathering to leave the digital highways of Kamigawa: Neon Dynasty behind, and instead head to somewhere a bit more… jazzy. We're living it up in the big city in the glamorous art deco Streets of New Capenna, but try not to fall foul of the demonic crime families than lurk behind the scenes. 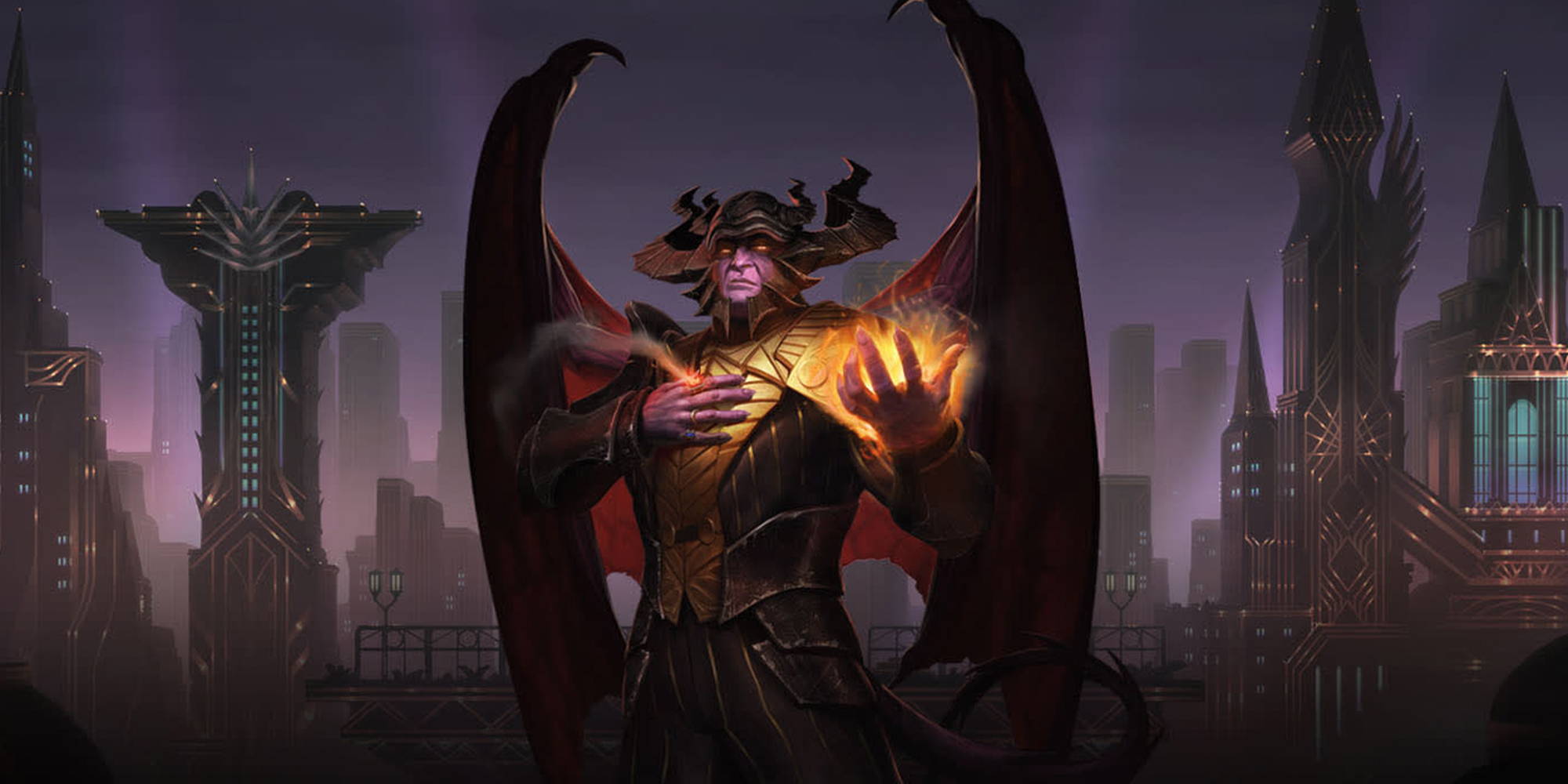 It's time for Magic: The Gathering to leave the digital highways of Kamigawa: Neon Dynasty behind, and instead head to somewhere a bit more… jazzy. We're living it up in the big city in the glamorous art deco Streets of New Capenna, but try not to fall foul of the demonic crime families than lurk behind the scenes.

What is Streets of New Capenna?

Streets of New Capenna is the latest Standard-legal set for Magic, taking place in a new world inspired by 1920s America and old Gangster movies. New Capenna was a city constructed by Angels, but taken over by five crime families, who now run the show in a tenuous and often volatile balance of power. As a three-colour-matters set, each of the families has their own colour identity, playstyle, and mechanics, and part of your challenge when hitting the streets is to pledge your allegiance to one of the five.

The first family are the Brokers. The green, white, and blue Corrupt lawyers who bind their opponents up in magical red tape, they run protection rackets and are happy to throw anyone who breaks their contracts off of the tallest tower in the city. Their mechanic are shield counters, which protects a creature from damage or being destroyed, but only once. Think of it as a new, one-off invincibility! When contracting a Brokers deck, you'll need lots of stuff that like counters, such as the Planeswalker Elspeth Resplendent, Undercover Operative, and the living skyscraper itself, Titan of Industry.

Next, we have the white, blue, and black Obscura. These are the sneakiest of the five families, using their magic and psychic abilities to plan the perfect crimes and gather as much dirt on their enemies as they can. Thieves, spies, and blackmailers, the Obscura believe that information is power. Their mechanic is connive. When you connive, you draw a card, and then discard a card. If the card you discard is a nonland, you can put a +1/+1 counter on the creature that connived in the first place. It's a great way to get your best cards into your hand, fill up your graveyard, and buff your creatures as they go on the attack. Keep your ear close to the ground and you might find powerful Obscura cards like All-Seeing Arbiter, Body Launderer, and Illuminator Virtuoso. 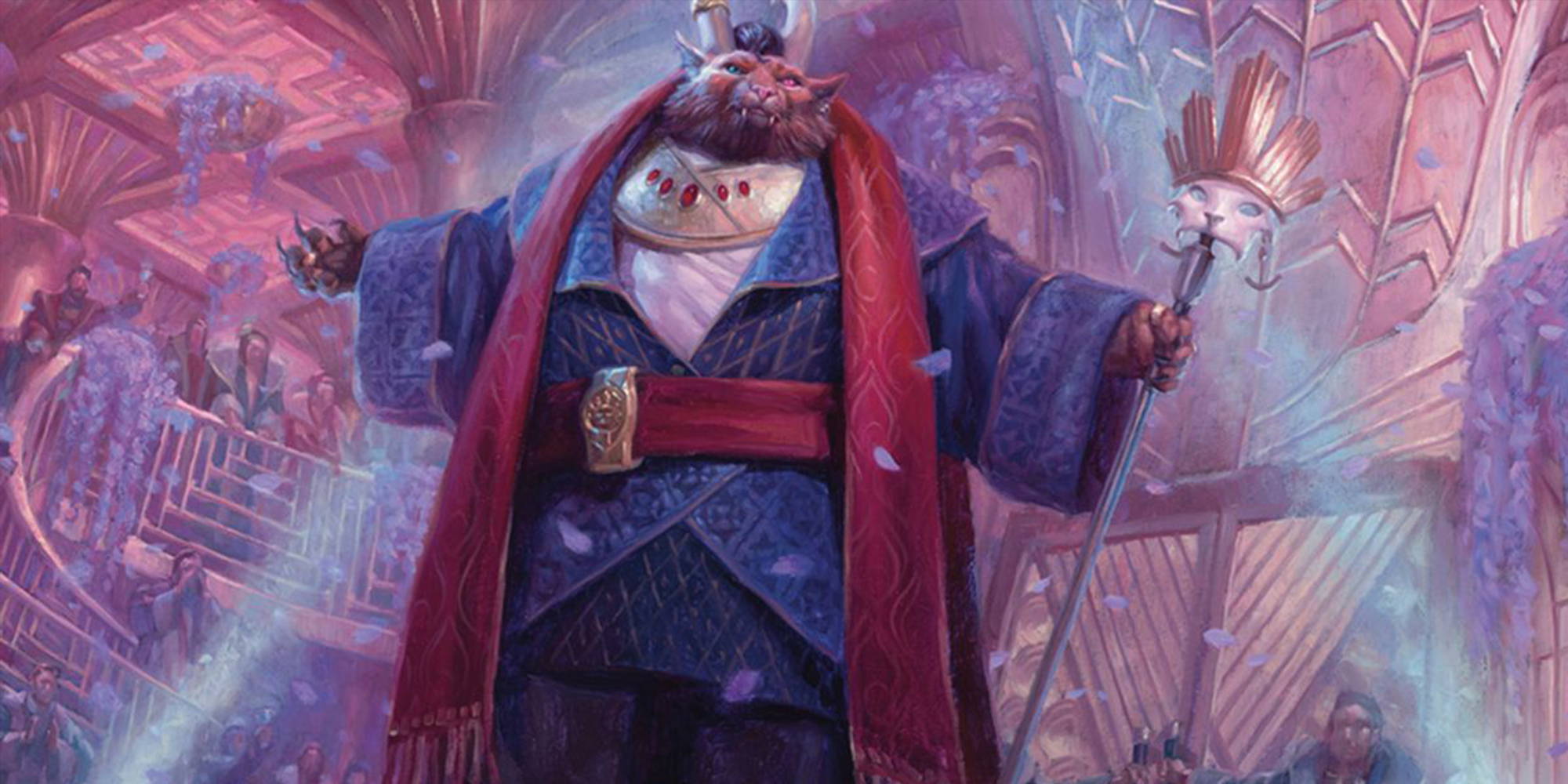 The Maestros are the old money of the city. Quite literally. This blue, black, and red family of Vampires used their immortality break into the upper crust of New Capenna, and now make it their very long life's goal to collect the most exquisite art they possibly can. They'll do anything to get their hands on art, relics, and the power they hold, even if it means using their network of first-class assassins to do it. The Maestros make use of the casualty mechanic, which allows you to sacrifice a creature to copy a spell. It's an incredibly powerful mechanic – copying a spell always is – but with the added bonus of setting off all kinds of death triggers, these casualties are just collateral damage. If you want the finer things in life, great cards for a Maestros deck include Cut of the Profits; Errant, Street Artist; and Arcane Bombardment.

While the other families have been hanging out in the lofty heights of the city, those who built it have remained at the base, forming a band of fighters and ruffians known as the Riveteers. This black, red, and green family are chaotic and destructive, tearing down buildings just as quickly as they can build them up. To keep the pressure on their opponents, the Riveteers use blitz, a mechanic that lets you pay an alternative casting cost to have a creature enter the battlefield with haste, and will draw you a card if it dies. To ensure that happens, it also sacrifices itself at the end of the turn. The Riveteers have some scarily powerful cards in their crew, including Tenacious Underdog, Bootleggers' Stash (which can produce an obscene amount of Treasures every turn), and Pugnacious Pugilist.

Finally, the Cabaretti. The red, green, white family are a cult that run constant parties and entertainment for the masses. Run by the demonic cat Jetmir, the Cabaretti are adored by most people in New Capenna, but don't mistake their revelry for softness. They use their parties to manipulate and contain the movers and shakers of the city, and through them can control the civilian population better than the other four. Their mechanic is all about collecting the masses, with alliance offering a loose collection of triggers that go off whenever a creature enters the battlefield. Build up your alliances, throw down lots of creatures, and let the party wash over your opponents. If you're hosting a party for the Cabaretti, make sure to invite cards like Halo Fountain, Devilish Valet, and Gala Greeters (the buy-a-box promo for the set). 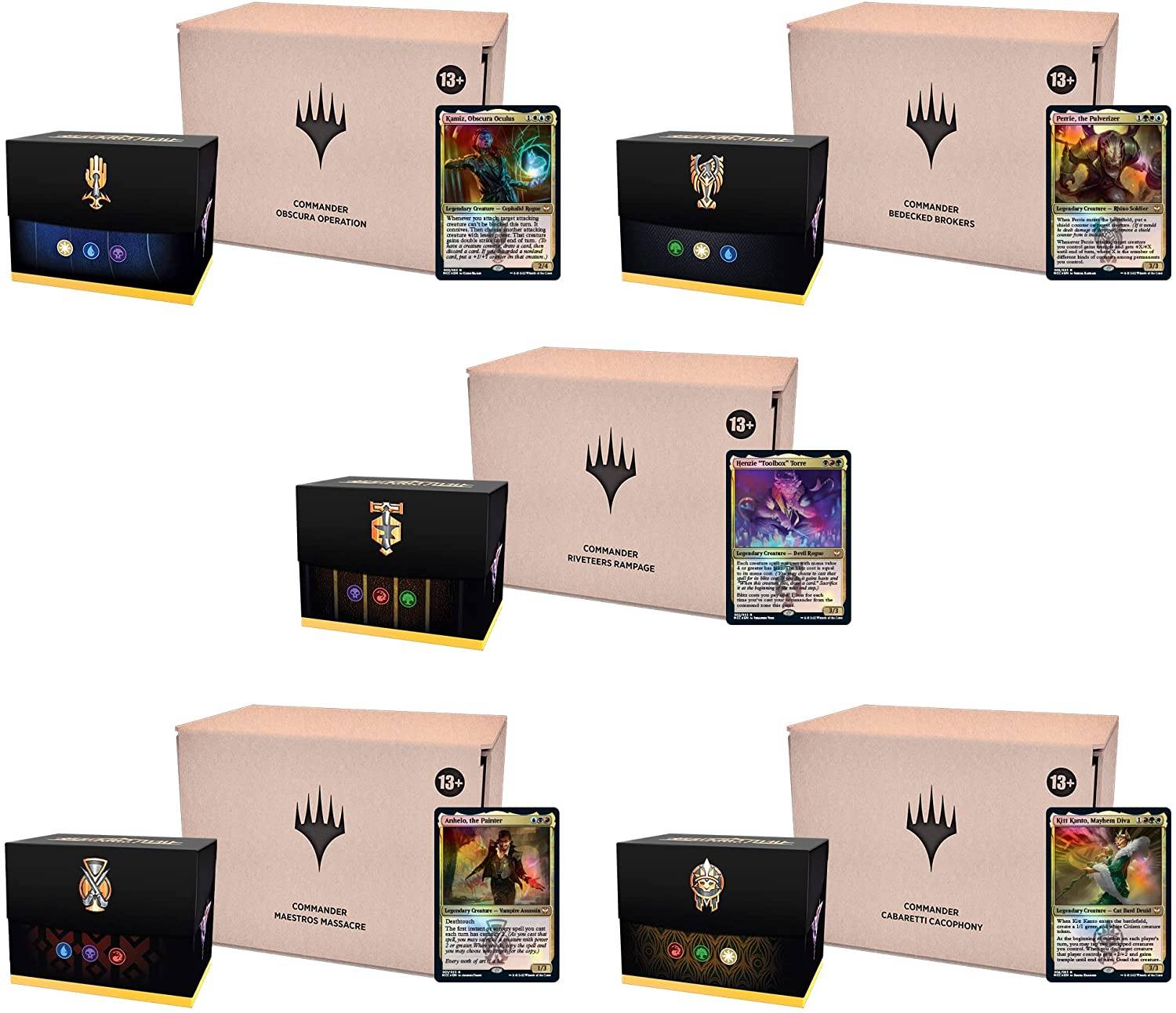 How can I get my hands on Streets of New Capemma

Streets of New Capenna is launching on April 29, with all the usual products you've come to expect from a Standard set: draft, set, collector's, and theme boosters, as well as booster boxes and booster bundles! Of course, if you just want a few individual cards for your Commander deck, you can always preorder your singles through Magic Madhouse today!

Speaking of Commander, Streets of New Capenna doesn't just stop at Standard. This year's Commander collection is also set on the plane, and includes five decks: Bedecked Brokers, Obscura Operation, Maestros Massacre, Riveteers Rampage, and Cabaretti Cacophony. These each include a bumper crop of exclusive cards, as well as a new Collector's Booster sampler containing two cards you'd normally only find in the deluxe collector's boosters.

One of the cool things about the Streets of New Capenna Commander decks is they're using the new style of minimal packaging that was introduced a few sets ago. Rather than have a chunky box full of plastic you'll just throw away, these slimline decks feature just the cards and tokens you need in recyclable packaging and a stylish cardboard deck box. Magic has a lot of packaging as it is, so it's nice to see a product be slightly more environmentally conscious!

Streets of New Capenna and the five Commander decks are all launching on April 29, 2022. So put your glad rags on and swing on by Magic Madhouse and preorder your ticket to the biggest party in the city today.